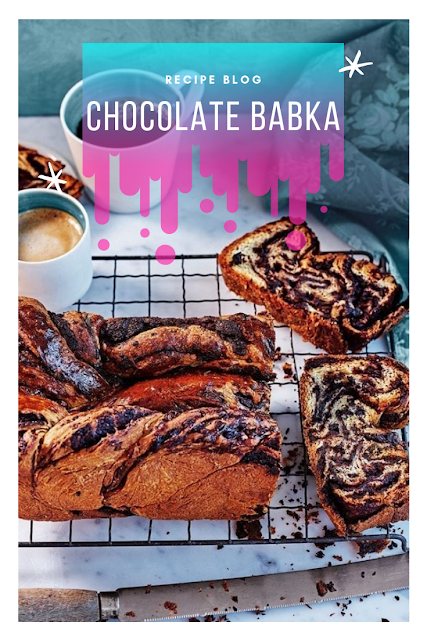 A cross between bread and cake that’s swirled with cinnamon-spiced chocolate – after one delightful slice, you’ll know this babka was worth every bit of effort.

For more handy tips for success and step-by-step images too, see the full guide to making a chocolate babka.

Method
Gently warm the milk and 40g of the butter in a small saucepan until the butter has melted – don’t let it boil. Put the flours, salt, sugar and yeast in the bowl of a stand mixer and stir to combine. Make a well in the centre, then pour the warmed milk and one of the beaten eggs into the bowl. Mix with a wooden spoon until just combined, then mix at medium speed with the dough hook for 15 minutes until smooth. The dough will seem wet but will stiffen later when kneaded.
Turn the speed up slightly and add the remaining butter, a tablespoon at a time, making sure each addition is incorporated into the dough before adding the next. Mix for 5 minutes until the dough is smooth, slightly sticky and very elastic. Cover the bowl with cling film and leave to rise at room temperature for 45-60 minutes until nearly doubled in size. Chill for another 30 minutes.
Meanwhile, make the filling. Put the butter and sugar in a small saucepan and gently heat until melted, then add the remaining ingredients and stir until well combined. Remove from the heat and leave to cool until barely warm. It may look a little grainy because of the sugar but that’s not a problem.
Flour your work surface, then tip out the dough and flour that too. Roll out to a 28cm x 60cm rectangle, moving the dough often to prevent it sticking and dusting with extra flour if necessary. Spread the filling over the dough, then take a long edge and roll up tightly like a swiss roll.
With the seam underneath, cut the dough lengthways down the centre, leaving the halves attached at one end by about 4cm. Twist the two strands around each other, then lay the dough in the tin, from one end to the other and back in a zig-zag [K]. It doesn’t have to be neat. Cover loosely with cling film and leave in a warm place to prove for about 30 minutes. It’s ready when a gentle prod from your finger leaves a slight indentation in the dough. Heat the oven to 180°C/160°C fan/gas 4.
Very gently brush the top of the loaf with the remaining beaten egg, then bake for 1 hour, loosely covering with foil after 25 minutes. Cool in the tin for 10 minutes, then turn out onto a wire rack to cool completely.
delicious. tips 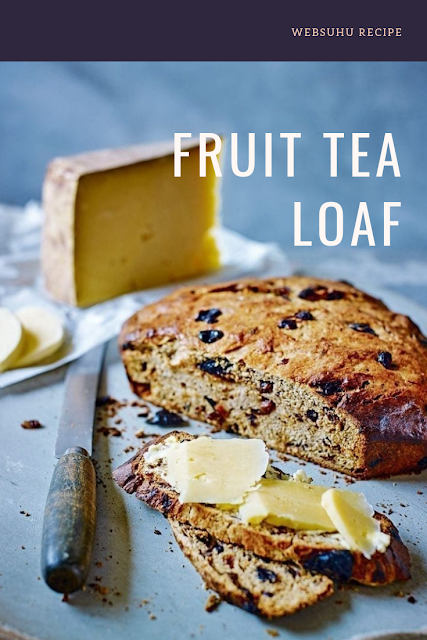 This fruity bread recipe combines prunes, sultanas and currants with the delicate flavour of earl grey tea. It’s a loaf that’s great served with a wedge of cheese for lunch.
Ingredients
2 earl grey tea bags
200ml boiling water
250g prunes, pitted and finely chopped
80g sultanas
80g currants
60g unsalted butter
60g lard
300g strong white bread flour
300g plain flour
7g fast-action dried yeast
100g soft light brown sugar
1 tsp ground cinnamon
1 tsp ground allspice
1 tsp fine sea salt
2 medium free-range eggs, beaten
Flavourless oil for greasing
Method
Put the teabags in a mixing bowl and pour over the boiling water. Add the dried fruit and set aside to steep.
Meanwhile, in a separate large mixing bowl, rub the butter and lard into the flour until it resembles breadcrumbs. Stir in the yeast, sugar, spices and salt.
Remove and discard the tea bags, then stir the eggs into the fruit/tea mixture. Tip it all into the flour mixture and mix to bring it together into a dough using a wooden spoon or palette knife. Cover with cling film, then leave in a warm place for 10 minutes.
Turn out the dough onto a clean surface, then gently knead for 3-4 minutes. It will be sticky and very heavy.
Put the dough in a clean, lightly oiled bowl and cover with cling film. Leave in a warm place to rise for 1½ hours.
Tip the dough onto the work surface and gently knead to remove any large air pockets. Shape into a rough 20cm square. Drop it in the tin, then press it gently down. Leave to prove for 1 hour 10 minutes.
Heat the oven to 190°C/170°C fan/gas 5. Bake the loaf for 55 minutes or until risen and golden brown. Turn out onto a wire rack and leave to cool before serving.
delicious. tips 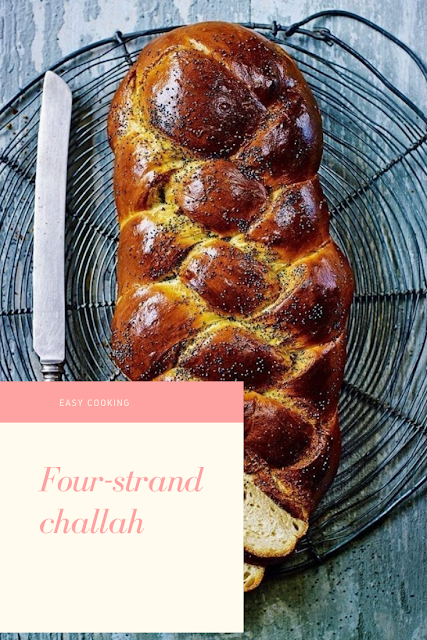 This slightly sweetened, plaited loaf makes an impressive centre piece for a brunch or breakfast with friends.
We’ve also got a handy video on how to plait a challah loaf.
Ingredients
75g caster sugar
15g fresh yeast, from bakeries, large supermarkets and health food shops
300ml lukewarm water
3 medium free-range egg yolks
60ml sunflower or vegetable oil, plus extra to grease
225g plain flour, plus extra for dusting
2 tsp salt
275g strong white bread flour, plus an extra 100g if needed
Method
Mix 1 tbsp of the sugar in a jug with the yeast and enough of the warm water to make a paste, then mix in the rest of the water, the eggs and the oil. Leave for 20 minutes, covered with a tea towel, until the mixture is frothy.
Put the plain flour and remaining sugar in a mixing bowl with the salt and make a well in the centre. Gradually pour in the yeast mixture, stirring with a palette knife until combined.
Mix in the bread flour to form a fairly wet and sticky dough (if it’s really too wet, you might need some/all of the extra flour). Tip the mixture onto a well floured surface and knead. Once the gluten starts to develop, the dough will start to lift off the work surface more cleanly – when this happens, put it into a clean, lightly oiled mixing bowl, cover with a tea towel and leave somewhere warm to rise for 2 hours or until doubled in size. Alternatively, knead the dough in a stand mixer with a dough hook for 8-10 minutes on a medium speed.
Heat the oven to 180°C/160°C fan/gas 4 and oil a large baking sheet. Push the dough down, then knead briefly in the bowl to evenly distribute the air. Tip out and cut into 4 even pieces (it’s best to weigh them).
Roll out each piece on a lightly floured surface to a 35cm sausage shape, then put on the baking sheet side by side, lengthways away from you. Pinch all the pieces at the furthest end to fuse them together. Take the far-right strand and pass it over, under, then over the others until it becomes the far-left strand. Repeat this from right to left until the whole loaf is plaited. Next, pinch together the ends nearest you, then tuck them under. Leave to prove (rise) for 30 minutes.
Brush the whole loaf very generously with the beaten egg, then bake in the oven for 20 minutes. Remove and glaze generously all over again with the egg, making sure you cover any bits that have risen in the oven. Scatter with poppy seeds, then return to the oven for 15-20 minutes more. Remove, tap the base to make sure it sounds hollow, then cool on a wire rack. Slice to serve.
delicious. tips
cake