- September 05, 2019
This light and creamy cheesecake doesn’t require any baking, just whip it up and chill it in the refrigerator! 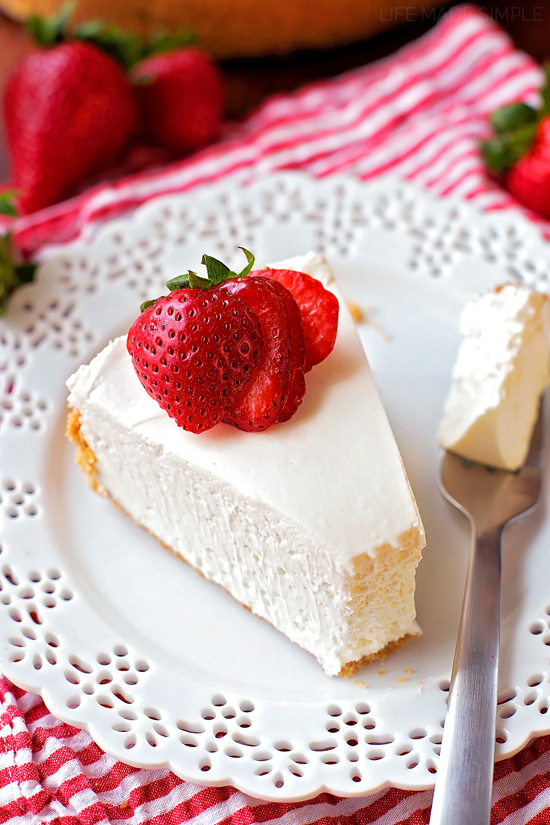 Since the summer heat is full blast here in Utah, I decided it was time to turn off the oven and whip up something cold and delicious that didn’t require ANY baking! This cheesecake is light, creamy and perfect for those hot hot days! Top it with fresh berries and it’s good to go!

Making this cheesecake couldn’t be easier. The crust is just a few simple ingredients that get pressed into a springform pan (or pie dish) and then chilled until firm. 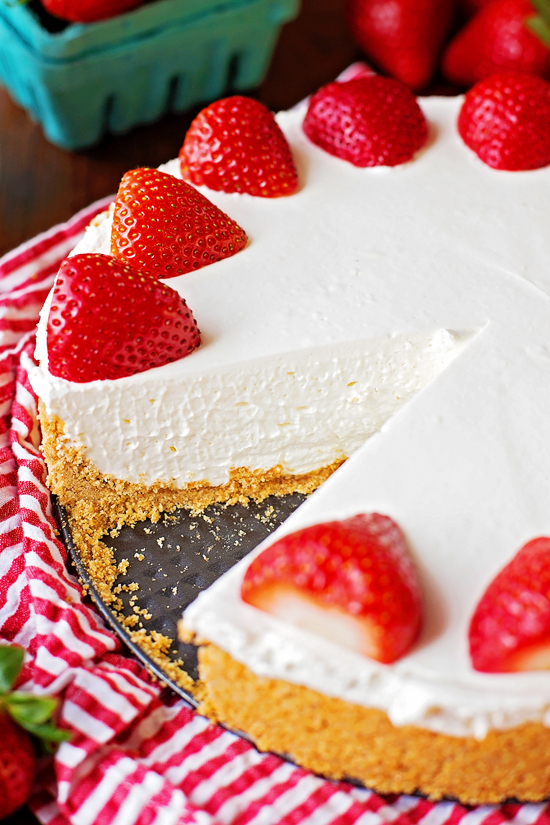 For the filling you’ll want to soften three blocks of cream cheese along with some sour cream. In a stand mixer beat the cream cheese until smooth and creamy, then add in the powdered sugar, vanilla extract, a pinch of salt and the sour cream. Beat in the gelatin mixture (it’s what gives this cheesecake a firm texture as if it was baked), then fold in some freshly whipped cream (or cool whip). Carefully spread the filling into the crust. Chill the cheesecake for at least four hours, then slice it and serve it! 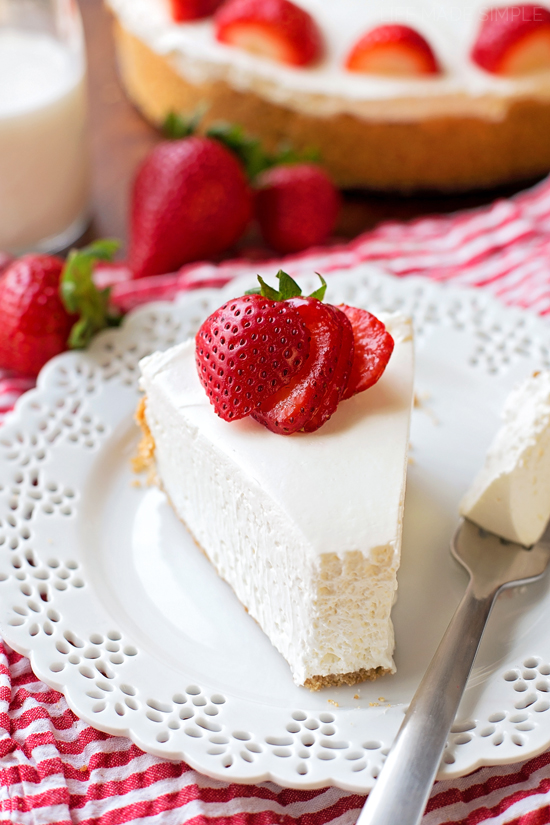 No matter how you top it, this easy no-bake cheesecake is sure to be a hit! It’s absolutely perfect for summertime!
4.5 from 2 reviews
No-Bake Strawberry Topped Cheesecake 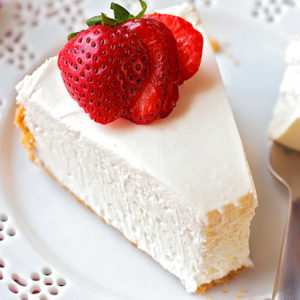 Save Print
Prep time
20 mins
Total time
20 mins
This light and creamy cheesecake doesn't require any baking, just whip it up and chill it in the refrigerator!
Author: Natalie
Yield: 1 9-inch cheesecake
Ingredients
Directions
Notes
-You could easily customize this this cheesecake and turn it into any kind! Fold in Oreos or cookie dough, swirl in fruit puree or top it with something rich and decadent!
cake CHEESECAKES